In 1976, NAK Sealing Technologies Corporation, founded with a capital of US$40,000, mainly specializes in production and sales of seals for auto/ motorcycle and industry.

In 1979, it set up NAK First Factory at Nangang Industrial Park, Nantou, started to produce and sell new product O-ring.

In 1980, it moved the production lines to Nangang Industrial Park.

In 1981, it initiated export trade to American regions.

In 1982, its export trade expanded to European region.

In 1983, Bonded Seals, a new product, put into production and launched into the market.

In 1985, it initiated production and sales of new products-C. V. Joint Boots and Power Steering Boots.

In 1989, it was certified to MCS, and started production and sales of new products-V-seals and Valve Stem Seals.

In 1990, President Shi Zhengfu was erected as Young Entrepreneur Model in the 13th National Top 10 Young Persons, and started production and sales of Piston Seals.

In 1994, NAK Second Factory put into use, acquired with ISO 9002 certificate.

In 1997, it set up Race Tec NAK, a R&D center established in UK focusing on R&D, design and production of hi-tech seals for Formula one, and invested subsidiaries in UK, Iran, and Australia.

In 2000, it was certified to QS9000 and completed automated storage, then invested in construction of Kunshan NAK Seals Co., Ltd. engaged in supply of full series of OEM seals for expanding domestic market in mainland.

In 2002, the company went public as the first seals manufacturer in Taiwan, embarked on investment of NAK Japan, one subsidiary in Japan taking charge of promotion and marketing of seals in Japan region. For the sake of industrial demands, it officially renamed as NAK Sealing Technologies Corporation, and established partnership with biotechnology industry to develop and make seals for safety syringes according to safety standards.

In 2009, it comprehensively introduced Six Sigma.

In 2010, it set up Assembly Development Department for promotion of assemblies. Foundation Stone Laying Ceremony of New Factory in Kunshan was opened. 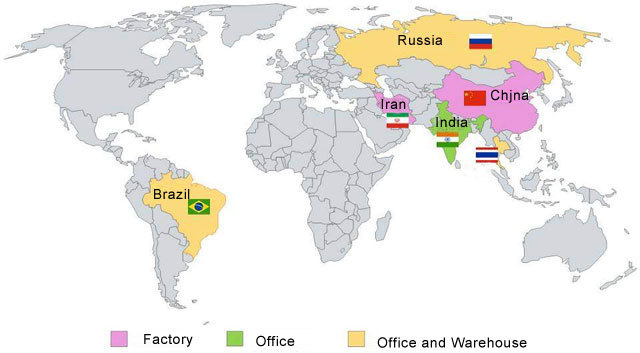